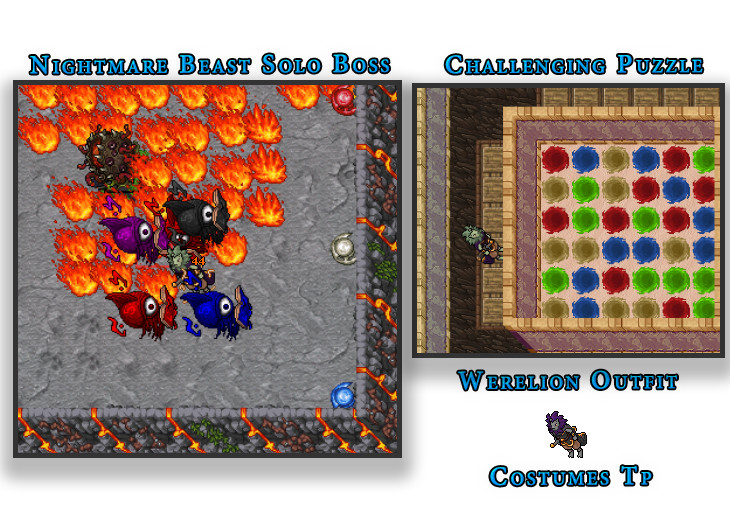 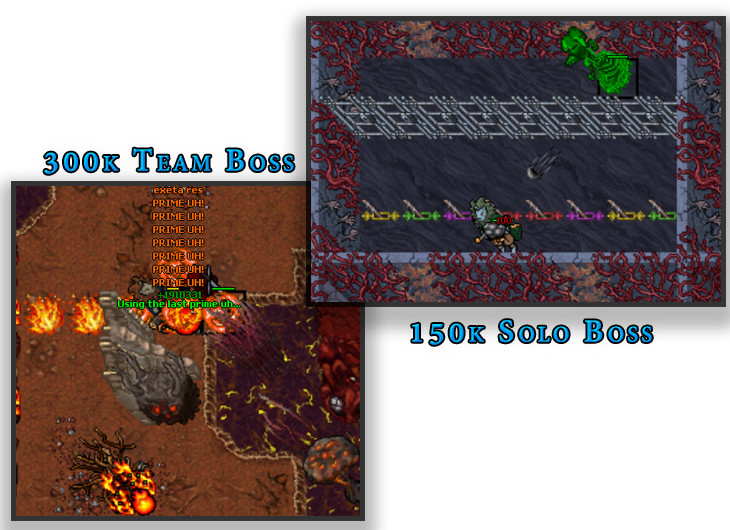 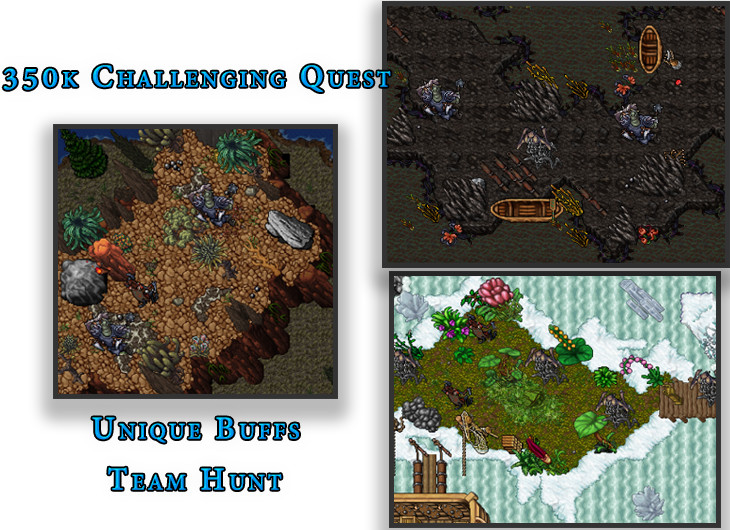 We have added a new challenging quest that grants you the power to use a unique buff that suits your vocation for 7 days, and after you lose the power you will need to re-make the quest.

Since alot has requested the addition of team hunt, this quest is very suitable for team hunting.

Each buff will cost a certain amount of soul points to cast, and you can increase your soul points using soul tokens that are looted by alot of monsters, you can use !loot soul token to get the full list of the monsters that drop them

Sorcerers have the highest damage in game but they lack sustain, so we decided to give them [Phantom] spell that allows sorcerers to give invisible for a certain duration of time and the duration scales with level (max duration at 400k), while invisiblity sorcerers won't be seen either by players or monsters but they will still get damaged if they walked into a spell, and if a sorcerer decided to attack someone while invisible he will return back to be visible

[NOTE]: The soul points needed to cast each buff increases as you levelup since buff also gets much better

[NOTE]: Those spells are subjected to alot of buffs/nerfs till they are perfectly balanced